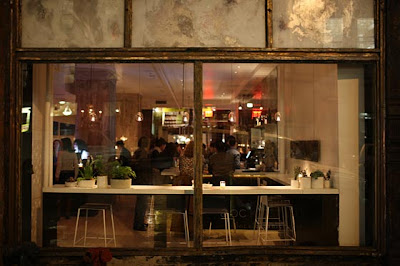 We started the day off with Jean-Georges Vongerichten's
newly-opened restaurant, ABC Kitchen. ABC Kitchen is
located inside one of our favorite spots, the ABC Carpet & Home
department store. The theme of the restaurant is
sustainability. Even the menus are made from recycled paper
and creatively affixed to pieces of cardboard repurposed
from ABC's delivery boxes. Sounds blah, but it really
was rather pretty. 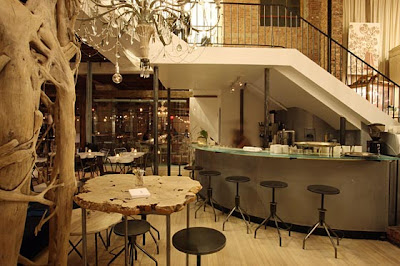 A view from the bar. 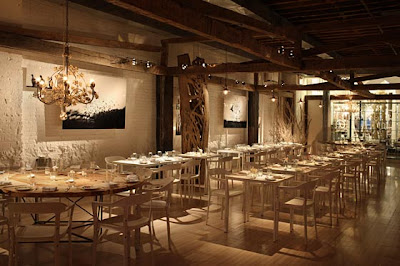 The dining room, and even the wait staff, have a somewhat
Jean-Georges meets Little House on the Prairie vibe. The
decor and the food are definitely "fancy country house" --
and that is an absolute compliment. We started off with
sandwich-sized slices of grilled toast, drizzled with olive oil
that tasted as if it had been infused with green apple, and
piled high with mounds of fresh peekytoe crab and
lemon aioli. Outstanding is an understatement. 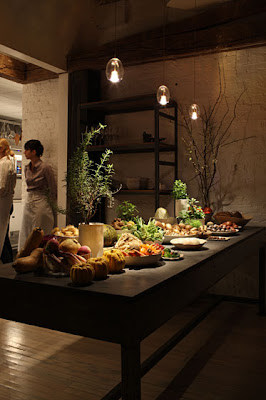 Jean-George is the architect of this creation, but
Dan Kluger is The Man in the kitchen here. Randy had
the Akaushi Cheeseburger with herbed mayo and
pickeled jalapenos. I had bowtie pasta with veal
meatballs in a broth that tasted like a french onion
soup reduction. Thumbs up on both! 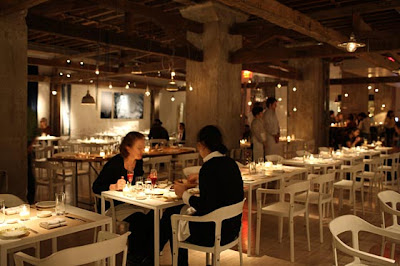 Another shot of the dining room. 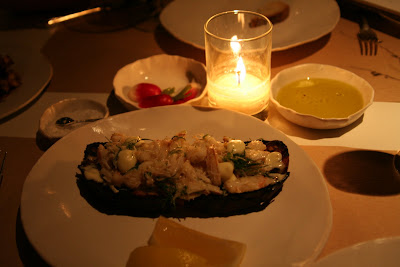 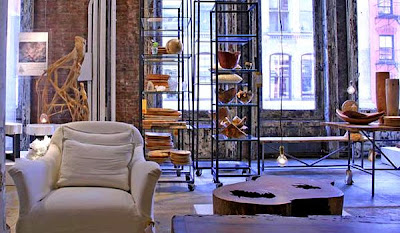 Shopping the floors of ABC came next. You could literally
spend an entire day in this place. We bought a handsome
Matteo duvet and some great window panels.
(ABC Carpet & Home image via Business Week) 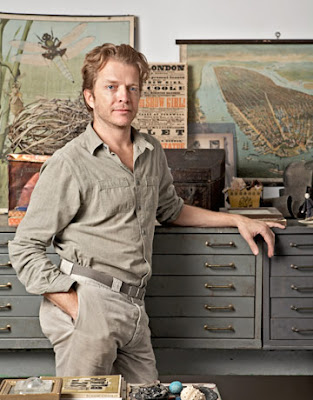 It was hard to pull myself away from ABC, but I
knew John Derian's shop was next on the list.
That certainly made things a bit easier. Can you
say kid in a candy store? We bought some cool
textiles, vintage flash cards, and a few other things.
Once again, just like last summer, John was
there working the shop.
(image via Country Living) 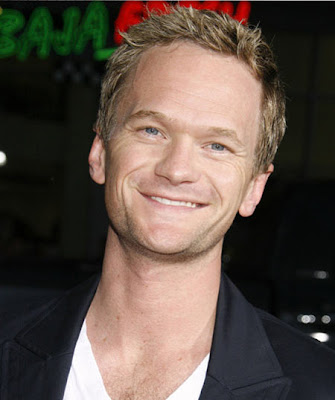 We headed back to the room to freshen up
before La Cage au Folles. While walking the
Theatre District on our way to the show, guess
who we passed by? Yes, Neil Patrick Harris!
I know it sounds odd, but he actually looked
younger in person. 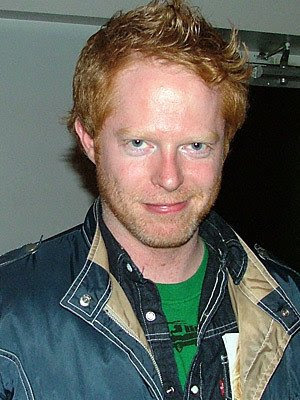 Once we got seated in the Longacre Theatre,
guess who walks in and sits down just a few
rows in front of us? Yes, Jesse Tyler Ferguson
from Modern Family!
(Jesse and Neil photos via google images) 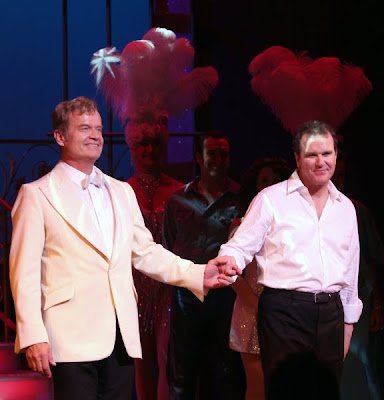 Guess it was Night of the Stars, or something!?! We
nestled in to experience one of the most enjoyable shows
I've seen to date! La Cage was wonderful and its
Tony-winning star, Douglas Hodge, was brilliant
as Albin. Kelsey did a fine job as Georges!
Kudos, kudos, kudos to all involved.
_______
After the show, we stopped by Un Deaux Trois for
a quick bite before calling it an evening. This is where
we spotted Alice Ripley (Next to Normal) last summer.
Posted by Blogger at 9:02 AM