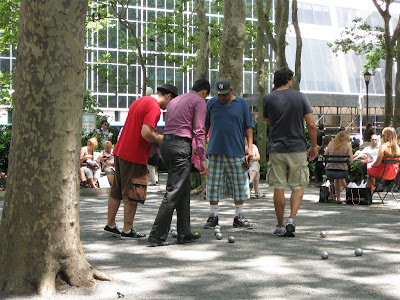 We opted for a relaxing day 4 in NYC as we had tickets
for two shows and were ready for a day without so much
walking. We slept late, grabbed a bite from Wichcraft,
and found a spot in Bryant Park to watch a few games of
Bocce. There were old men wearing their lazy summer
garb and young guys in their suits and ties on their
lunch breaks -- all there to show off their impressive skills. 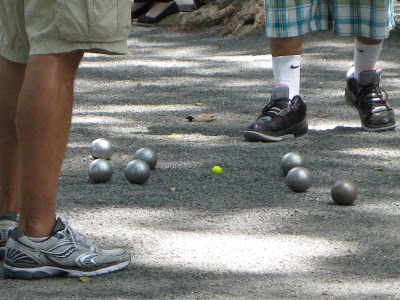 The weather was perfect, the trees shady, and the seats
good for watching the games. 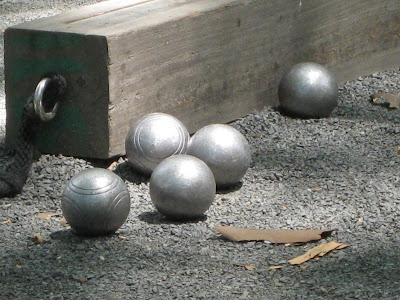 Finally, a sport I think I could enjoy. 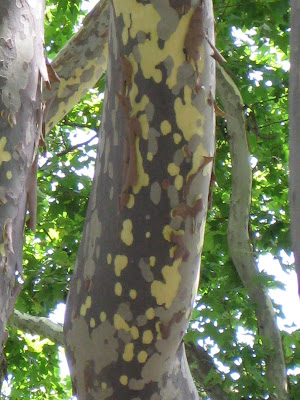 Here are some photos of the shade trees in
Bryant Park. I love they way they look
handpainted. You know I'll be stealing that
beautiful color scheme for some future project. 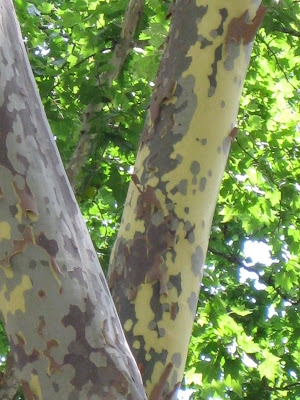 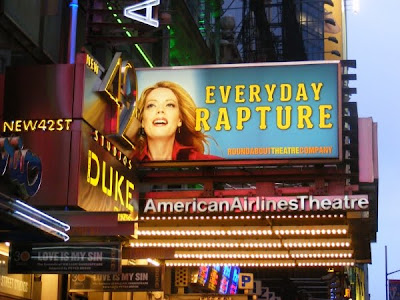 After lunch in the park, it was time for Everyday Rapture.
Sherie Rene Scott is a unique talent and her story of
Mennonites, Half-Mennonites, Judy Garland, Fred Phelps,
magic, and Mr. Rogers is a doozy. What a voice! 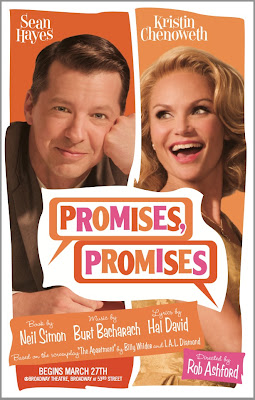 Later, we hit Ruby Foo's for dinner. Yes, it is
somewhat of a tourist mecca -- but Randy loves
their sticky rice! The Pad Thai was pretty good too.
After dinner, it was time for Promises, Promises
with Kristin Chenoweth and Sean Hayes.
Kristin was good, Sean was great, but the real
treat was Tony-winner Katie Finneran in a
supporting role as Marge MacDougall.
So much fun!
Posted by Blogger at 2:32 PM