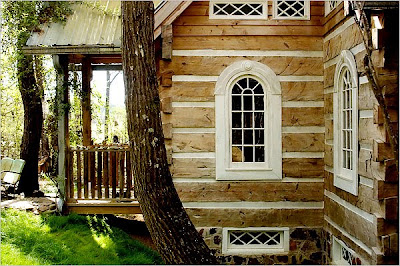 Butch Anthony started his log cabin creation in 1988, and
it continues to be a work in progress. Mr. Anthony went
through three chainsaws creating the dovetail-jointed
facade of his home. 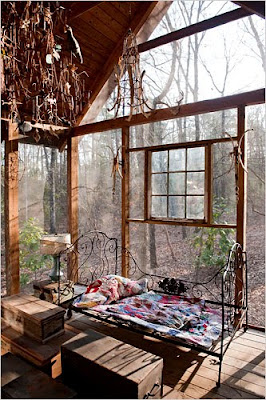 Mr. Anthony also made the eclectic chandeliers
hanging on his porch. The various drops and swags
are created from twigs and cow bones. A 1930's quilt
cozies up an iron daybed. 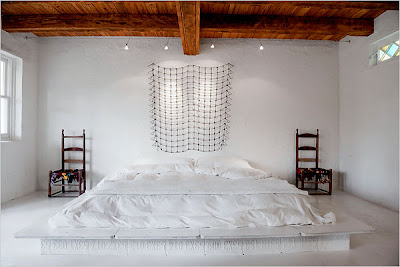 The half-underground bedroom features a rusty, antique
mattress spring hung on the wall as artwork. Woven
neckties create the seats on the ladder-back chairs — and
the platform bed is accented with painted license plates. 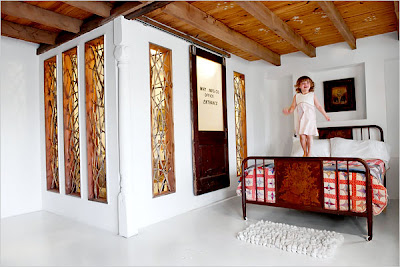 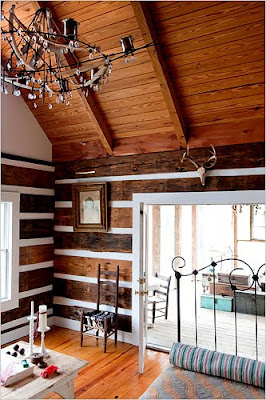 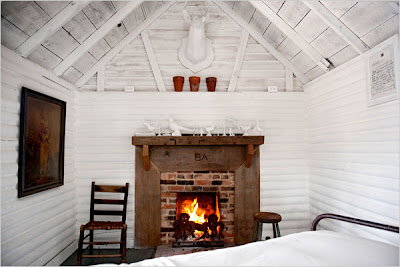 When he was 14, Mr. Anthony built this one-room
cabin that now acts as guest quarters.

Mr. Anthony has hosted the Doo Nanny on this 80-acre
propety for the past few years. The Doo Nanny is a
folk art festival that celebrates backwoods design. 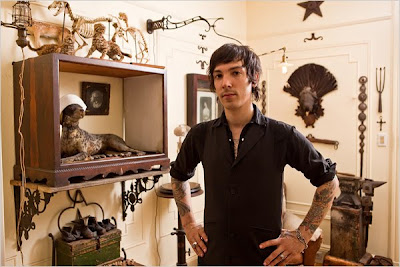 Ryan Matthew's spin on vintage ruralism consists of
his collections of Victorian obscurities. 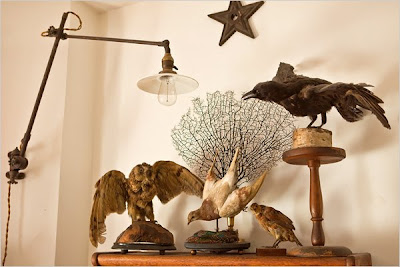 His apartment in Carroll Gardens, Brooklyn is decorated
with domestic taxidermy (cats and dogs), wax figures,
and various other natural curiosities. 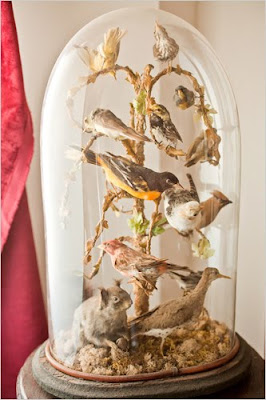 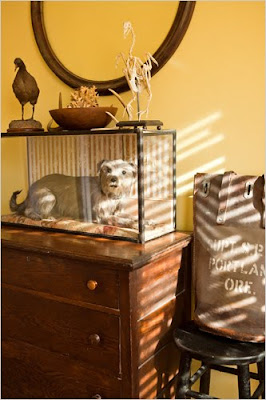 An example of some of Matthew's
domestic taxidermy. 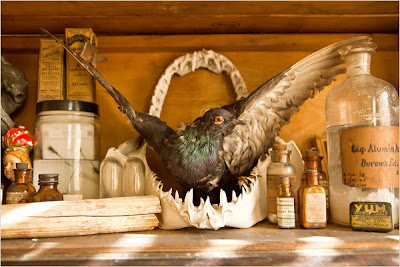 Mr. Matthews is the owner of Against Nature at
159 Chrystie Street in NYC. This atelier is filled with
many objects like those found in his apartment.
____________


images via The New York Times